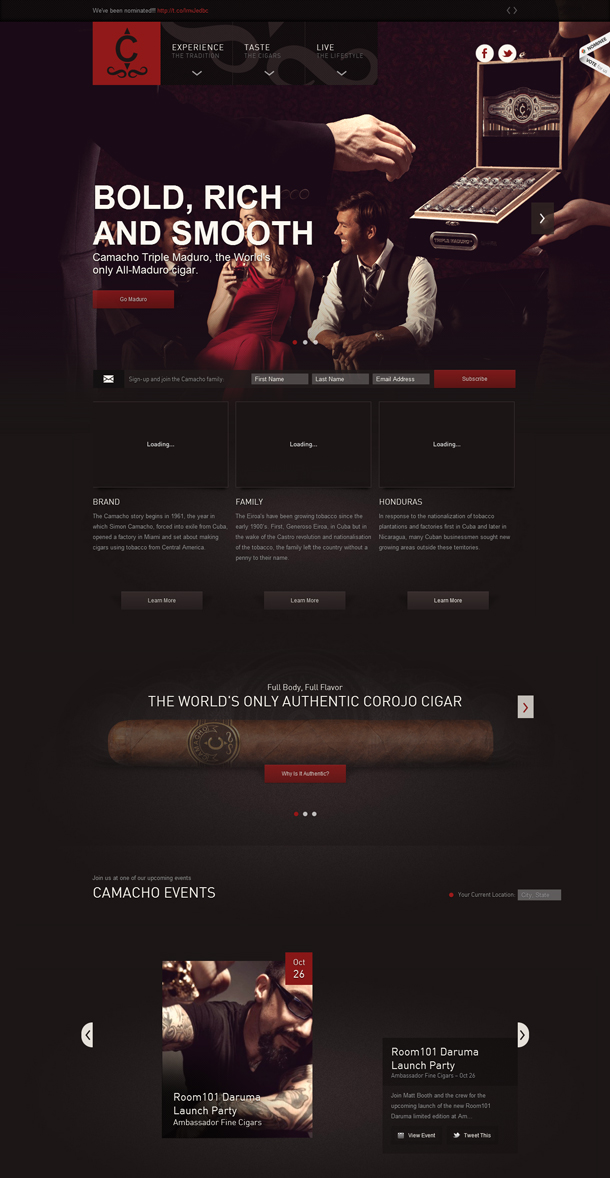 After being exiled from Cuba in 1961, Simon Camacho opened a factory in Miami where the distinguished Camacho brand began playing an important role in the history of the cigar. Simon’s brand soon gained a prestigious reputation outside of the US and even found aficionados in the company of Prime Minister, Winston Churchill. Consequently, Camacho has since named one of it’s famed formats after Mr. Churchill. Production during this period reached 2 to 3 million cigars per year and the quantity continued to grow as the 1990s cigar boom years approached.

This site uses Akismet to reduce spam. Learn how your comment data is processed.